Top 5 Reasons to Pick up Pickleball

If you haven’t heard whisperings about the increasingly popular sport pickleball yet, it’s only a matter of time. This action packed game combines elements of badminton, table tennis and tennis in a 20×44 foot court, with medium sized paddles and a ball that resembles a whiffle ball.

At Shadow Mountain Resort, we’re die hard tennis fans, but we’d be lying if we said pickleball wasn’t quickly climbing the ranks of our passions. That’s why we’ve made room for pickleball courts, and brought on pros that can turn your new favorite activity into a competitive pass time.

So whether you’ve played a few games already, or you have no clue what it’s all about, here are the top five reasons to gear up for a game of pickleball today: Pickleball is played on a 20×44 foot court, which is about the size of a doubles badminton court. Compare this to a doubles tennis court at 78×27 feet, and you can understand the impacts of the size difference. You will need to make quick moves, and your opponents will reply with speedy returns.

The pickleball ball is pretty light weight and has holes in it, which provides for some intense strategy moves. Players can try for a soft shot called a dink, which puts the ball just over the net and into a non-volley zone, or lob the ball into a high arc over the head of an advancing opponent. Whatever your strategy is, you won’t be bored on the pickleball court. 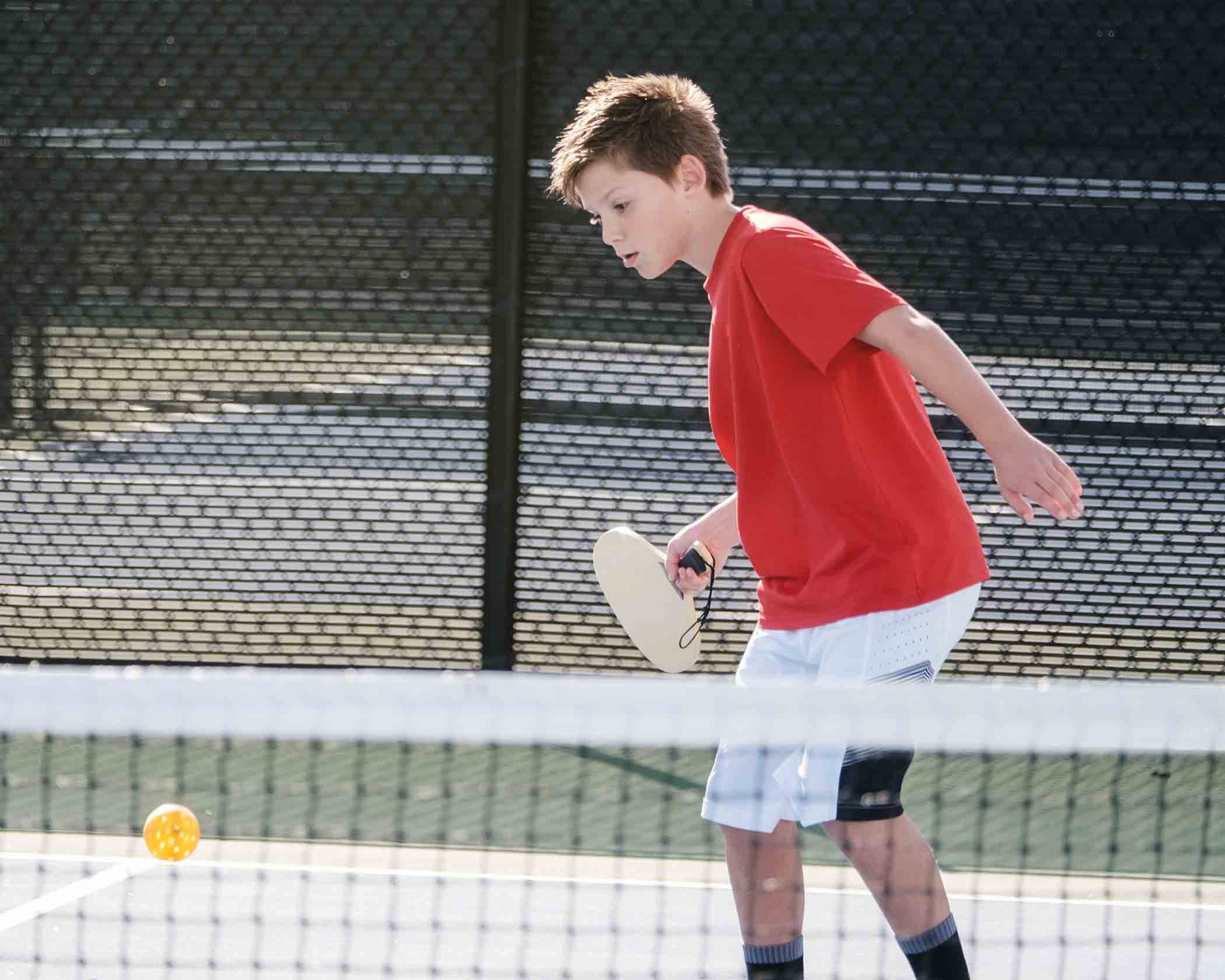 Some of the same reasons that make pickleball so action packed are the very reasons it’s great for so many different ages and skill levels. The smaller court and light ball makes pickleball an excellent activity for children, especially those who are still finding their strength in games like tennis. In fact, pickleball was invented as a backyard pastime for children by State Representative Joel Pritchard when he attempted to set up badminton for his children but couldn’t find the shuttlecock.

#3 – It’s Easy to Socialize While Playing

Whether your trying to win a client, catch up with friends or bond with family, pickleball is the perfect sport for socialization. Smaller courts mean you can easily hold a conversation without raising your voice, and you’ll be in a better position to make eye contact and read facial cues.

There will likely be less huffing and puffing with the smaller courts, and if you do get distracted by conversation at least you’re only risking the light brush of a wiffle-type ball versus the distinct pang from a fast tennis ball.

#4 – Opportunities for Scholarships and Prizes Pickleball is quickly rising in popularity, and being an early-adaptor of a new sport usually provides opportunities for capitalization. Younger kids can pick up pickleball and start training in hopes of college scholarships as the sport gains momentum.

Pickleball is already making its way onto college campuses, with the first intercollegiate pickleball tournament in the US having been a success at Southern Utah University in 2017. Pickleball is an attractive college sport, especially because the risk for injury seems lower than many other college sports activities. Pickleball tournaments are also becoming very popular for all age groups, and those who train up can take home some pretty attractive prizes. We think it goes without saying, but just in case you didn’t catch the drift, pickleball is a ton of fun!

Once you’ve picked up a pickleball paddle you might find it hard to stop, as proven by its quick rise in popularity. You may consider taking your new passion to the next level by signing up for a pickleball tournament. Shadow Mountain Resort is proud to host various pickleball tournaments at our courts, and we also have pros who can help you train up for the big event.